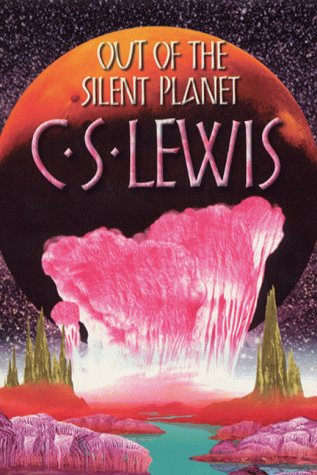 I am going to start reading and copying out ‘Out of the Silent planet’ by C.S. Lewis. I am also going to allow myself to get distracted, making comments etc after each sentence.

The first sentence of ‘Out of the Silent Planet’:

‘The last drops of the thundershower had hardly ceased falling when the Pedestrian stuffed his map into his pocket, settled his pack more comfortably on his tired shoulders, and stepped out from the shelter of a large chestnut tree into the middle of the road.’

The first notable thing here is that I know that pedestrian is written with a capital P. …

I mistyped one word of the sentence, had a little laugh about it and corrected my mistake. ‘…the Pedestrian stuffed his map into his pocket, settled his pack more comfortably on his tired shoulders, and stepped out from the shelter of a large chestnut tree into the middle of the toad.’

I did not laugh because I find the idea of stepping into the middle of toads to be funny. But I was instantly reminded of my childhood memory of daydreaming on a walk home from a spring adventure, not paying attention to my immediate surroundings. I trod on a frog. Its outer skin remained beneath my foot as the whole of the insides of the frog flew a great distance in front of me, near the opening of the spinney.  I lifted my foot and what seemed to be a perfectly intact tiny frog suit remained. My first instinct was to laugh aloud. The short burst of laughter was followed by sadness. Occasionally I hear that dreadful crunch of a snail when not paying mind to my steps, usually after an awesome storm. It is always a reminder of something that might possibly be words of wisdom if I was ever to become able to articulate those sorts of thoughts well.

And the thought of toads reminds me of my desire to reread an essay by George Orwell.

‘Before the swallow, before the daffodil, and not much later than the snowdrop, the common toad salutes the coming of spring after his own fashion, which is to emerge from a hole in the ground, where he has lain buried since the previous autumn, and crawl as rapidly as possible towards the nearest suitable patch of water.’

SOME THOUGHTS ON THE COMMON TOAD

My coffee break at work is nearly over.

The second sentence of ‘Out of the Silent Planet’:

‘A violent yellow sunset was pouring through a rift in the clouds to westward, but straight ahead over the hills the sky was the colour of dark slate.’