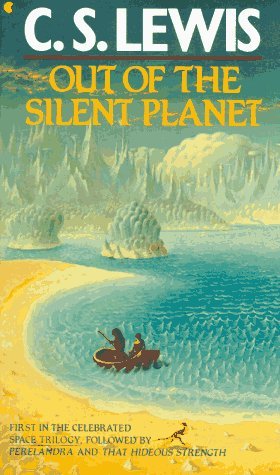 I started reading and copying out ‘Out of the Silent planet’ by C.S. Lewis, allowing myself to get distracted, making comments as I go along etc… The title of this series of blogs is ‘The middle of the toad’.

Sentences 3-7 of the first chapter of C. S. Lewis’s ‘Out of the Silent Planet’:

‘Every tree and blade of grass was dripping, and the road shone like a river.

The Pedestrian wasted no time on the landscape but set out at once with the determined stride of a good walker who has lately realised that he will have to walk farther than he intended.

That, indeed, was his situation.

If he had chosen to look back, which he did not, he could have seen the spire of Much Nadderby, and, seeing it, might have uttered a malediction on the inhospitable little hotel which, though obviously empty, had refused him a bed.

The place had changed hands since he last went for a walking tour in these parts. ‘

I am turning each sentence into a paragraph unto itself.  I suppose some sort of cleverclog would have some fancy technical term for what I am doing. This is not all that different from using a magnifying glass to glance at the words of a page. The words come much more into focus.

I recall last night that ‘the Pedestrian stuffed his map into his pocket, settled his pack more comfortably on his tired shoulders, and stepped out from the shelter of a large chestnut tree into the middle of the road.’

I made a few guesses about how The Pedrestrian found himself in his predicament, which I was too cowardly to share, but it is safe to say that a handful of C. S. Lewis’s sentences later, most of my guesses were incorrect.

The Pedestrian is somewhat  familiar with his surroundings, not necessarily intimately familiar. But this a pedestrian with a capital P.

It seems to me that not only the empty little hotel has changed hands since his last visit.

I like C.S. Lewis’s use of commas. Being that I am not particularly well versed in the art of punctuation, the comma is something I probably overuse, I seem to be unable to get into the habit of marrying a comma with a full stop, why do semicolons intimidate me so?

Is semicolonophobia a hate crime?

The Bible chapter I have read most recently is

I wonder how many snails and frogs were killed by the determined strides of the Pedestrian.

I wish to go back to Narnia…

This is something I, a man aged 42, mindlessly wrote just after properly reading the Natnia Stories for the first time… It is about time I read the stories again *properly* for the second time:

Do trees ever really die?

( One typo that I enjoyed the most, I initially typed ‘Every tree and blade of *glass* was dripping…’  )